A Group Health Captive allows members to share a layer of risk with other group members.  If the group runs well, money is returned to the group members that participated in the surplus.  If it runs poorly, their paid in premium and potentially their collateral is used to pay claims.

Here’s what our Captive Programs offers an insurance consultant: 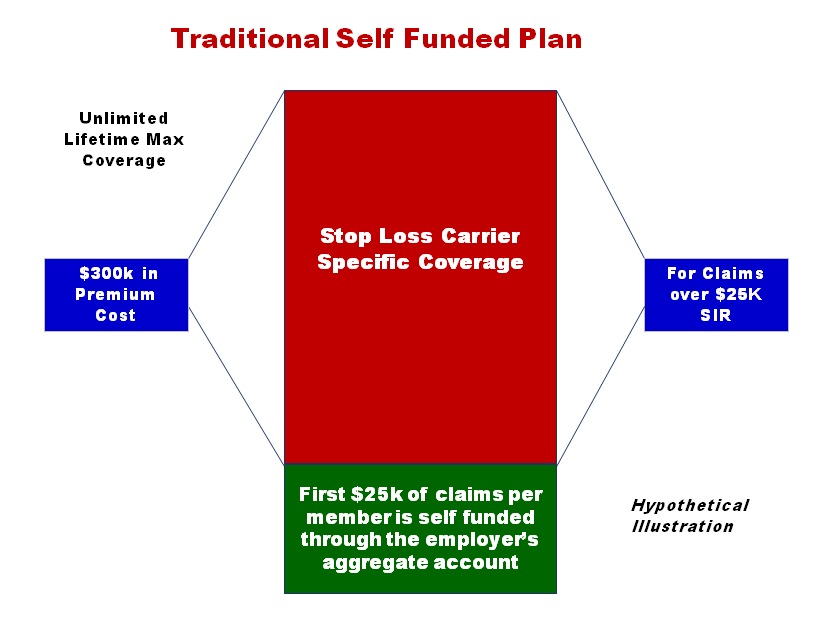 In this example, the employer has a $25K Specific Individual Retention (SIR) point, meaning all claims underneath this amount will be funded by the Employer’s Aggregate (the self funded component).  Anything above this amount will be the covered by the stop-loss carrier.  Total premium is $300k with “no” potential for any savings on this amount – all savings potential would be restricted to the aggregate. 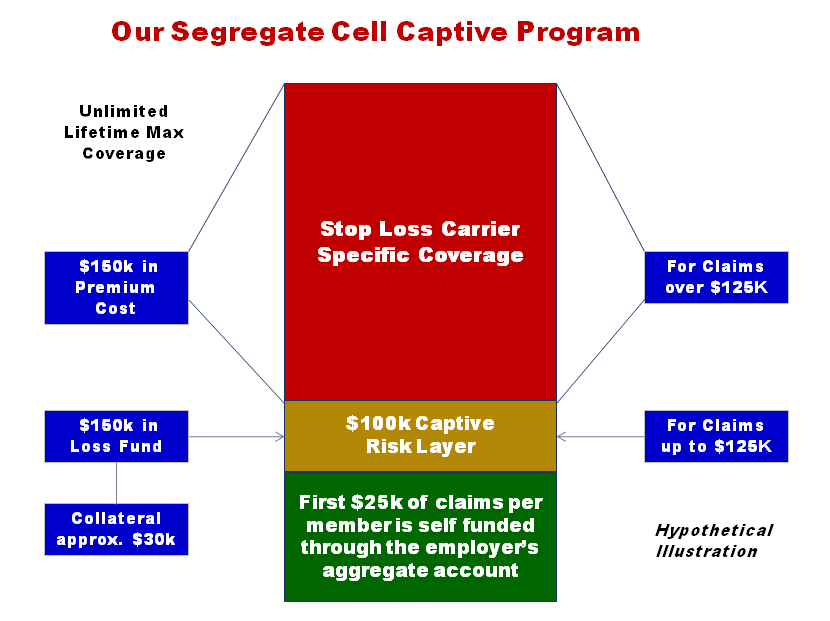 In this model, the employer has the same savings potential as the Traditional Model.  However in this program, the $100K “floating” captive risk layer offers an additional opportunity for savings.  If the employer has no or few claims that exceed his SIR, and the other employer groups sharing this layer of risk have a favorable year as well, then all the employers would get a prorata share of the surplus premium once the treaty year is closed out.  This distribution would received favorable tax treatment as a “qualified” dividend.

Who is a good candidate for a Group Captive model?

Captives are an advanced form of self-funding and offer the potential for additional savings beyond a traditional stop loss program, in addition to some secondary tax benefits. However it also exposes the members to additional financial risk if a worst case scenario hits (loss of collateral).  For qualified employer groups, its a great model, but captive have many more uses.

Captives can also be a great fit for: